One of the best things about writing for altBlackpool – apart from getting the inside scoop on all of the amazing things going on in the area – is the sheer amount of fascinating people we get to speak to.  Ahead of the theatrical adaptation of Running Wild arriving at The Grand Theatre, Blackpool in April, I was fortunate enough to be able to talk to the illustrious author of the original novel, Michael Morpurgo.

Morpurgo’s books are a work of literary magic. Transporting children to continents or eras that they have never seen, weaving stories of animal and people in such a way that his readers are transfixed, it’s not hard to see why he was awarded Children’s Laureate.  He’s so well known, I don’t have to waste time telling you how brilliant he is.  Let’s just get on with the interview:

LISA:  From the photographs we’ve seen so far, this adaptation of your book appears to be a visual treat, employing the use of puppetry to portray the animals.  Similarly puppetry was used to portray Joey in War Horse, which caught the imaginations of all those who saw it, even earning Joey a spot on Blue Peter!  You were quoted as thinking that puppetry would be “ridiculous’ ahead of the War Horse production, significantly due to the emotional nature and historical setting of the story.  However, following the spectacular success of that adaptation and the return to puppetry in this production, I’m led to believe that these fabulous artistic renderings of your creatures won you over?

Michael Morpurgo: You are right. At first, I was sceptical.  I wondered how on earth a convincing drama of the First World War could be made using life-size puppets of horses?   Pantomime horses came to mind all too easily. But this was the National Theatre after all and I hoped they would know what they were doing.   For a year or more the directors, Tom Morris and Marianne Elliot work-shopped the story with Basil Jones and Adrian Kohler from Handspring, the incredible puppeteers, and the rest of the team – designers, musicians, writers, to explore how it could be done. They came down to Devon where I live to see the landscape of the story, to watch horses working the land.   We went to visit The King’s Troop of the Royal Horse Artillery to discover how soldiers worked with horses and guns. There were some tense moments during the previews when it was obvious that the play was too long, even clumsy in places, but in the end they got it together. Press night was a triumph.   5 star reviews almost everywhere and the War Horse was off and running.

L: How closely have you been involved in development of the production.  What was it like in comparison to editing (which I believe is one of your least favourite parts of the writing process.)

MM: I believe that it is important to have a connection with the director and producer but after that to trust the work to their vision. With Running Wild, I wasn’t convinced at first that it could be adapted for the stage, and was even more sceptical about their idea of a cast made up entirely of children and puppets. But the show Chichester Festival Theatre created, staged as a promenade production in a sculpture park was absolutely magical. They had recreated the jungle of Indonesia in this forest, with amazing and ingenious puppets, creatures everywhere and it was beautifully lit. The music was wonderful, the costumes were extraordinary and I loved it. To see the whole jungle unfold and the child on the back of the elephant was out of this world.

L: Do you have a favourite puppet?  I’m very excited to see Oona, she looks spectacular.

MM: Oona is my favourite too. Elephants are my favourite creatures and have been since I was a boy and my mother read Kipling’s The Elephant’s Child to me. It was loving elephants so much that made we want to write my own story with an elephant at the centre and its bond with a child.

L:As a writer, what is it like for you to see what you have developed in your ‘dream time’ come alive on a stage?

MM: When it is a good play, it is the best feeling in the world. I know I have been very lucky with the directors and producers I have worked with including Emma Rice and Mike Shepherd from Kneehigh with 946 and for Running Wild, Dale Rooks and Kathy Bourne from Chichester Festival Theatre. It certainly has given my writing another dimension. I feel more and more that my writing is bound up in performance in some way.

L: In order to transfer the novel to stage, has much had to change?  Do you feel the play is still faithful to the novel, or were you happy about changes being made for the necessity of performance?

MM: Of course, a lot has to change to transfer the story to the stage, but the play has remained faithful to the novel with each adaptation. And I think it is fabulous that they are adapting it further for a national tour because it means so many more people can come and see it and be enchanted and inspired by it. It will be slightly different in that, instead of being outside, it will now be inside on a stage and using mostly adult actors rather than all children, but the story will be the same, as will the puppets. What’s wonderful for me is that this story, which I really enjoyed writing and moved me considerably, has grown and changed with each production.

L: The story involves the protagonist being torn away from his parents in brutal instances, ensuring an emotional journey where Will must rely on his wits and develop his own ability to survive.  Do you find it important that children read stories where they are seeing their fictional peers in a variety of dramatic and sometimes quite desperate situations? [Note to the reader: in the novel, the protagonist was Will – in the stage play, the protagonist is Lilly.]

MM: It’s a really interesting question. I do think it’s important not to talk down to children. There is sadness in life, just as there is joy. Thousands and thousands of people lost loved ones in the tsunami. It was in the news for weeks and the stories that emerged were horrible. But then I read one about a family who had been on holiday and on that beach when it happened. A boy had begged his mother to let him have an elephant ride. Finally she agreed and off he went. He was there with the elephant and his handler when the sea went so far out exposing great swathes of the beach.  No one knew what was happening but the elephant began to get agitated. He struggled, breaking free of his handler, and with the boy still on his back charged up the beach and ran away from the danger and deep into the forest. Fortunately it had a happy ending in that the family was eventually reunited. I always try to write from the heart, to tell it as I find it. I think I write at my best when I feel my story most intensely, when I write with a passion about something I care about deeply, feel deeply.  It may be about loss and grief, war and sadness. But wherever my story takes me, however dark and difficult the theme, there is always some hope and redemption, not because readers like happy endings, but because I am an optimist at heart.

L: The thing I love about this book is the way that once you finish reading, you feel like you want to continue reading.  Do you think you’d ever revisit Will and Oona’s world in a sequel?

MM: Thank you for saying this. I’m not sure I could write a sequel, though I do take heart imaging what kind of person Will would become – someone who champions animals and the environment and fights for what he believes in, someone maybe a bit like Virginia McKenna and her son Will Travers who founded the Born Free Foundation.

L: How important do you think it is for children to be able to engage in live theatre?

MM: I think it’s vital. Theatre can transform a child’s life, just as an early cultural experience whether with opera, ballet, music or art is a wonderful thing because it opens the door to a life-long experience, a life-long enjoyment. But it must be good. If the experience isn’t good enough, you can put children off rather easily, but if it’s fantastic and they just want to keep coming back, that will turn them into theatre-goers, maybe actors, maybe designers or musicians. Who knows where it might lead to?

L: You run ‘Farms for City Children’, giving young people from towns and cities the opportunity to experience the outside world in ways they probably haven’t been able to previously.  I can’t help but wonder, looking at the way your many novels have taken children on journeys across the world, if that is truly your main occupation.  Bringing the outside, and all of these wondrous experiences to those young readers, wherever they may be.

MM: Thank you for saying this. When my wife and I founded Farms for City Children over 40 years ago, we knew that we had to do something because for so many children the system was failing them and their schools were failing them. We could see that children were ever increasingly removed from connection with nature. One way of restoring our connection to the wild, to the countryside –is to go there, not just to look and take photographers but to experience it and have some sense of belonging and feeling a part of it, responsible for it. I don’t consciously try to take my readers on a journey as I don’t really think about my readers when I’m writing. I just try to write what I feel passionately about, to tell a story down onto the page.

L: From your vast and fantastic collection of novels, do you have a favourite?

MM: Often it’s the latest one that I’ve written that is my favourite. I’d been dreaming it for so long, living and breathing its story so that when it finally arrives as a newly published book, smelling wonderful and fresh out of the box, there is nothing like it. However, if I was to mention some favourites, War Horse would be up there and the sequel to War Horse – Farm Boy. War Horse is my wife’s favourite too and that means a lot.

L: Thank you so much for taking the time to answer my questions for altBlackpool today.  My son, Patrick, adores War Horse and Escape from Shangri-la.  He’s been waiting for me to finish Running Wild so he can read it before we see it.

MM: Very pleased to hear that. I really hope you both like the show.

Running Wild will be at The Grand Theatre, Blackpool from April 4th – 8th.  For booking information, visit The Grand’s website.

Sky Writes is a new project from Sky Studios and N

We love the upper part of this building @heritageb

Check out our latest article on hidden skate spots

All of the moves! 😍 #regram • @housewingz PR

⭐️4 DAYS LEFT TO SUPPORT - Get your pledges in

Looking forward to the album. The artwork is very 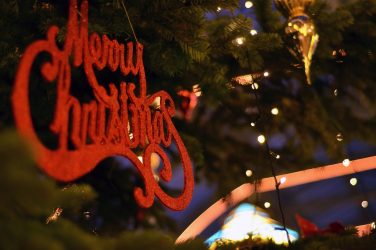 Can you hear those Jingle Bells? Making a list, checking it twice? In short ... 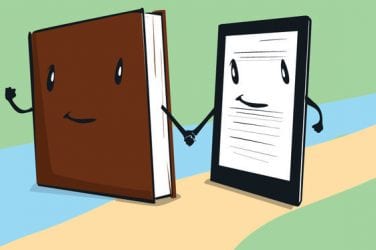 When was the last time you took a walk around a bookshop?  Revelled in ... 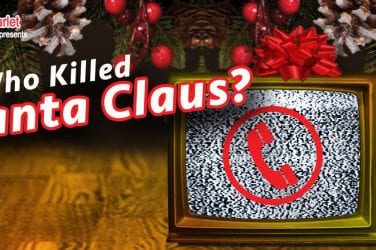 The clocks have gone back, the evenings are dark and there’s a nip in ...