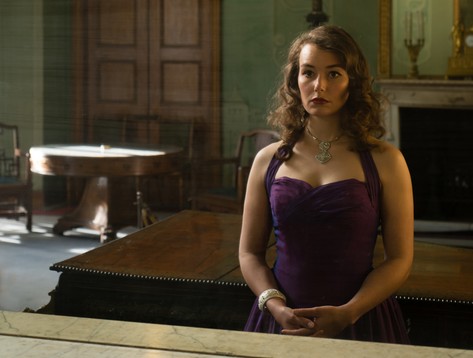 Tristan Sharps is Artistic Director of dreamthinkspeak, the company responsible for Blackpool’s latest large-scale artistic event; ABSENT. I spoke to him in the lead up to the opening of the show this Saturday (20 August) at the Winter Gardens and asked him about this piece and his process in making work generally.

The Winter Gardens Hotel was, for years, the best hotel in town, many famous guests have stayed there over the years including Frank Sinatra and Maggie Morgan. You’ll remember Maggie, she was one of the first local winners of a big premium bonds pay out. She attracted an enormous amount of publicity and decided to check into the grandest hotel in town; the management loved this and so allowed her to stay rent free, a position that she held onto for many years.

Now the hotel has been bought out by new owners Northern Holdings and they need to make it more economically viable so they retain the opulent exterior but build a budget hotel within the walls. Northern Holdings are now opening up the doors for locals to come and see their great work. They invite you to walk around and experience the important redevelopment work they’ve achieved.

However, as audiences walk through, they will experience two different worlds, a mix of old and new and in that mix is Maggie – you may never see or meet her – just traces of her in belongings, the architecture, the walls. The CEO of Northern Holdings is also somehow present and there’s a clash between them going on; you’ll be aware of them by their absence.

Blackpool’s ABSENT is the third iteration of the production which began at the Royal Opera House in London and then was recreated in Shoreditch Town Hall. Tristan promises that this version is the most ambitious of the three, that with any project you learn from your mistakes but you also learn what works and therefore you build confidence to scale up the ambition of the work. The scale of the Winter Gardens as a venue has been the key defining factor in this.

“It’s such an iconic Blackpool building, I’m showing off the power and the beauty of it. When audiences usually come in to the venue, they enter via a certain route, they collect tickets, maybe have a drink, then enter the auditorium and sit down – that’s normal but in that route you might miss a lot of things. You might not notice certain features on the walls or the floor or the ceiling, you may not see the detail of the architecture that’s around you so I hope that by coming into the building through an unusual doorway that audiences will see this magnificent building in new ways.”

Tristan says that all his work builds up over time, he usually starts with a germ of an idea and then develops the layers. He spend lots of time dreaming, its a long process – you dream a huge amount, not aimless dreaming but imagining what might be possible. Then you can start to think about it, to work out how to make it happen and finally you can speak of it.

“This piece was originally created in 2009 in response to the banking crash. The idea of this person living on credit with no finance to back it up became a metaphor for where we all were at that time. Another of my concerns is that we’re changing so quickly, lots of small firms are being bought out by big groups, globalisation is happening at such a rate and there are chains of hotels that are constantly being renovated and redeveloped to keep up with demands.

“In Blackpool, regeneration is just around the corner, it’s not quite as close as it is seen in Shoreditch but in a few years we’ll see the individuality of the high number of independent shops being swept away and taken over by more and more chain stores. The project is not saying that’s good or bad; I believe that the best art is about asking the right questions.

“Redevelopment is crucial to a town like Blackpool and I’m a big one for change but I think that the pace is sometimes so fast that we don’t have the time to fully appreciate what we have until its gone. We lose track of the real worth of things when it comes to this big buzz word ‘regeneration’. The irony for me is that often my work is financed because a town wants to regenerate and I’m always interested in that concept but it doesn’t necessarily mean I say yes immediately, I do think that we want to think about the concept a little bit more and hopefully ABSENT offers new insight to this.”

He trained at Jacques Lecoq School in Paris and has been creating large-scale site-specific work since 1995. Although this production has very few live performers, the Lecoq training is still integral to his work.

“The unleashing of people’s creativity and freedom to improvise is very important, I never set structures, I set an idea of what were aiming for and approach it as a workshop. I guess I’m a frustrated architect – I’m very inspired by internal architecture, by film, by art – particularly contemporary art – I’m not a trained designer or model maker or carpenter – I’m a bit of an architect who plans and visualises the projects.

“I always bring a core group of people with me who I know and trust but the project involves and draws on a huge amount of local involvement, some voluntary but a lot of paid employment too. We’ve worked with about 250 locals and we hope to leave a little residue of ourselves here when we leave in September. It has been a real honour to be given the run of a building like this, to have contact with the people inside the building too.”

When I push Tristan to pin down more precisely what audiences can expect from ABSENT he says “Interesting art for me is always not going to be obvious – I understand though that might make it hard for people to dive straight in. I would call this a walk-through installation, but those words can mean different things to different people, so perhaps it’s better to call it an unguided magical mystery tour, you can stay for as long or as short as you like.” 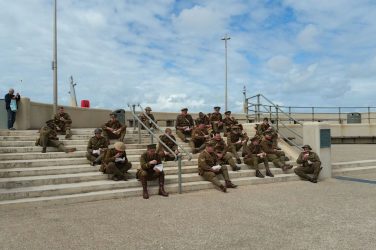 A hush fell over Blackpool this morning as World War 1 soldiers took to ... 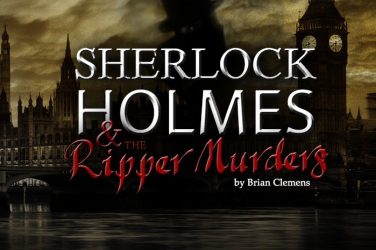 A thrilling shadow shall be cast across the Grand Theatre this autumn with the ...