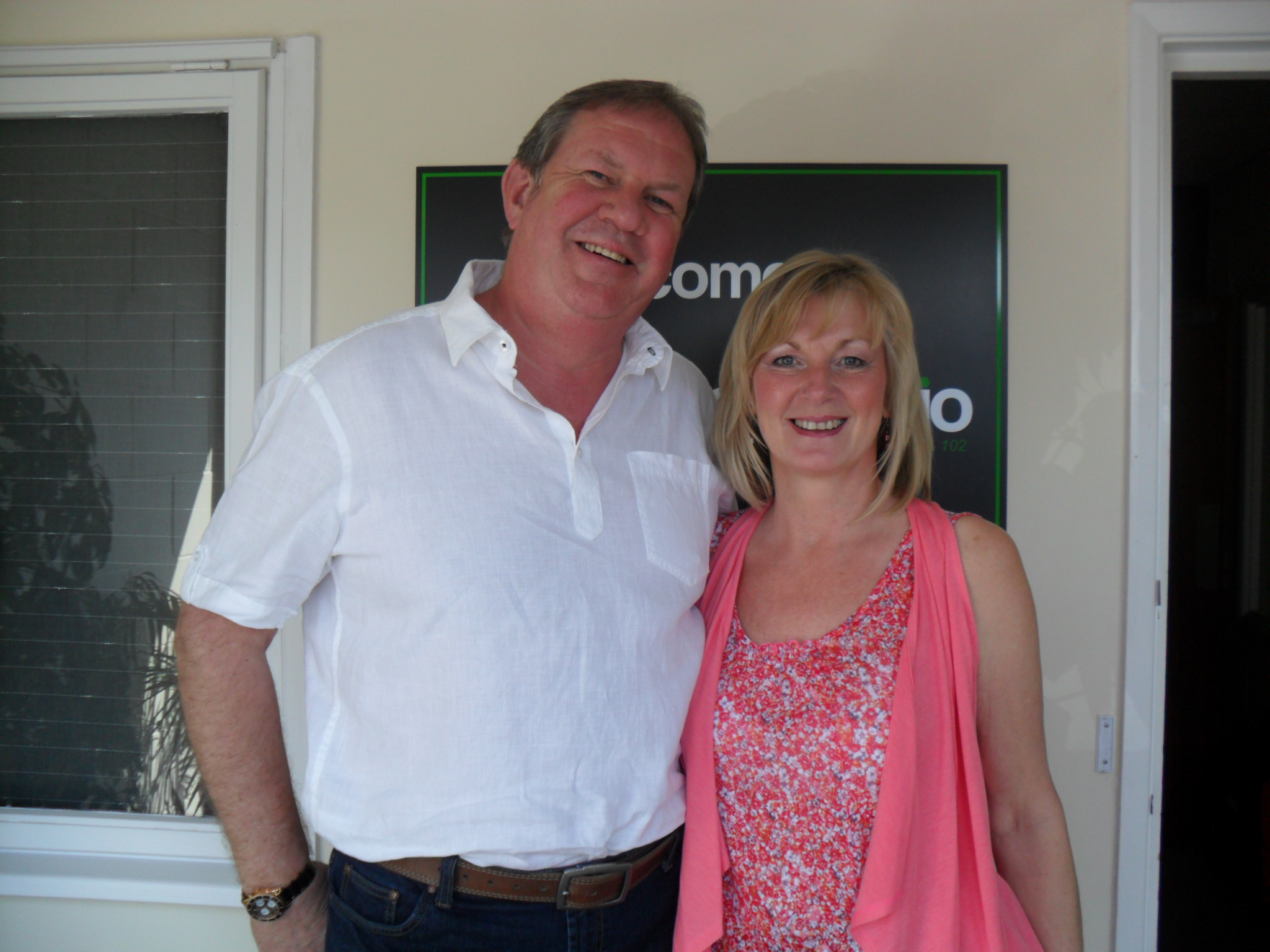 They’re known as the ‘crime fighters turned crime writers’, but don’t expect Carol and Bob Bridgestock to turn up at Wordpool wearing capes and dodgy costumes.

The pair, who write together as RC Bridgestock, have the inside line on police procedurals  – Bob spent 30 years as a police officer with West Yorkshire Police, 28 years a career detective, retiring at the rank of Detective Superintendent and Carol from not only being married to the man in charge of murder enquiries (26 in his last three years alone),  but also from working for the same Force in a civilian support role for 17 years.

Their leading character is DI Dylan, who has just made his sixth appearance in Killer Smile and the pair are already working on books seven and eight in the series, in between working as consultants on top TV series Happy Valley and Scott and Bailey. They will be visiting Blackpool as part of a whistle-stop tour of the UK promoting Killer Smile.

Tell me a little about your new book?

It’s called Killer Smile  and the official blurb goes something like: A killer with a macabre passion for human teeth stalks the residents of Harrowfield. Three linked murders means Assistant Chief Constable Wendy Smythe is brought in to take ultimate charge of the serial murder investigation, and she is adamant on managing the task akin to a drama. Dylan and Jen’s young daughter Maisy is hospitalised with an undiagnosed illness which means in Killer Smile Dylan is emotionally and professionally pulled every which way. But, on a happier note Jen’s dad Ralph introduces the pair to his new lady friend, although then again all is not as rosy as it seems.

How long have you been writing together?

We’ve just had a reminder on Linkedin to say it is our seventh anniversary so I guess it is seven years. Gosh, how time flies! What do they say, find a job you love and you’ll never work a day in your life?

How do you divide the writing duties?

Bob writes the crime enquiry from start to finish so he is always a book ahead of me. With his ‘mask of the detective’ in place he starts from the ‘call out’ to a body that’s been found and takes me through the police procedure to catch the perpetrator – just as it is in real life. He then passes the ‘literary baton’ over to me. At this stage I have no idea how the story is going to unfold. As I start reading, a picture of the victim appears and a background story for them is born. I rewrite the dialogue and the add the descriptives to the scenes – enlarging on some more than others when I feel it necessary to add to the storyline. When I have finished I hand the manuscript back to Bob and once he has read it we go through the whole thing together.

What inspires the ideas for our books?

Anything and everything! We’ve found it’s really important to keep the senses alert and to have an open mind. One example is an idea that came about from our daughter being stuck in her car, in the snow – ‘Snow Kills’.

Once an idea is born then we deal with that enquiry as if it is one that Bob would have been called out to in real life, from his point of view (as DI Jack Dylan) and his everyday home life that fits around that. One thing that is different about our crime novels is that Detective Inspector Jack Dylan is not just a policeman but he is also husband, father, friend.

How do you go about researching your books?

A lot of our research is born out of our combined 47 years’ police experience. However, we do work hard to keep up to date with modern technology and the names of police departments for our books and TV consultancy work. For example while consulting on BBC 1 Happy Valley series 1, several departments names changed in West Yorkshire, as did the police helicopter call sign! Luckily we still have lots of contacts who still work within the police service and other connected services who keep us abreast of current changes. We find talking to people who are /have been involved in the storyline we are writing about also adds that authenticity so we try to do that as much as we can.

DI Dylan has been around for a while now. How do you keep him and his stories fresh?

Sadly, there are so many sad stories to draw from in the years we spent in the police services and also funny stories to recall and tell. Like any emergency service worker will tell you, if you didn’t have a sense of humour you would never keep yourself sane in the job.   Nothing surprises us about man’s inhumanity to fellow man… so, we write what we know and tell it in fiction as to not to cause any pain to those victims of crime who have suffered enough and continue to suffer. We would never write about true life events – it is the victim who serves any life sentence not the perpetrators of crime.

Are you crime fiction readers? Who are the writers you admire?

Neither of us are crime fiction readers. In fact Bob only reads factual books. Like TV drama, if the police procedure is wrong it is a total turn off. As it must be watching/reading fiction about schools to a teacher or hospitals to a doctor/nurse. Also, if we don’t read other crime writers, we can’t ever be accused of plagiarism

I admire writers of the classics. I can’t imagine writing a book long-hand – although, saying that Bob wrote the first draft of Deadly Focus by hand, all 120,000 words! I know because I typed it up!

Do you work in a disciplined, nine-to-five way, or do you prefer to go with the creative flow?

I write almost every day. But, that might not be nine-to-five… I have to be sat at my desk in the office. I am easily distracted.  I also do our social media, keep our diary for talks, arrange our tours, make our travel arrangements and do the written interviews which Bob casts his eyes over and adds his opinion as and when.

Bob can write anywhere, and that is more often sat at the dining room table or outside on the decking on a sunny day. He doesn’t write everyday but prefers to go with the creative flow. He’s not easily distracted.

Do you have any advice for would-be writers?

Write about what you know. Find your own style – don’t try to copy anyone else and NEVER give up!

Have you visited Blackpool before?

Oh yes! Blackpool was our holiday destination when we were kids living in West Yorkshire. My cousin Lynne and her family live in Blackpool still so we are looking forward to catching up with her!

What’s next for you?

Our latest big news apart from us being signed by Literary Agent David Headley, DHH Literary Agency, London is that Deadly Focus has been ‘Optioned’ for TV by The Gate Films, Manchester. You can read more about this on our website www.rcbridgestock.com. We await to hear if this has been commissioned and look forward very much to seeing DI Dylan on TV as a future drama series. We are also writing books 7 & 8 in the series. We are often asked when we will  bring the Jack Dylan series to an end… How long is a piece of string? 😉  Exciting times!

Memories are made of this 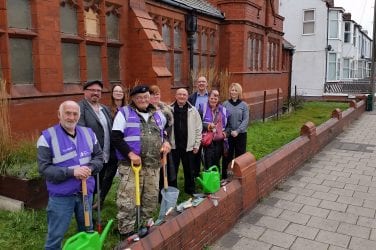 A community project is turning fingers green with the introduction of gardening classes for ... 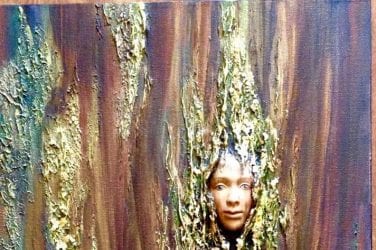 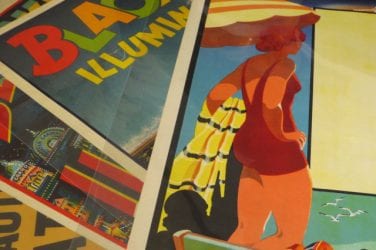 Last week saw me take a visit to Lightworks, the Blackpool Illuminations depot, to ...